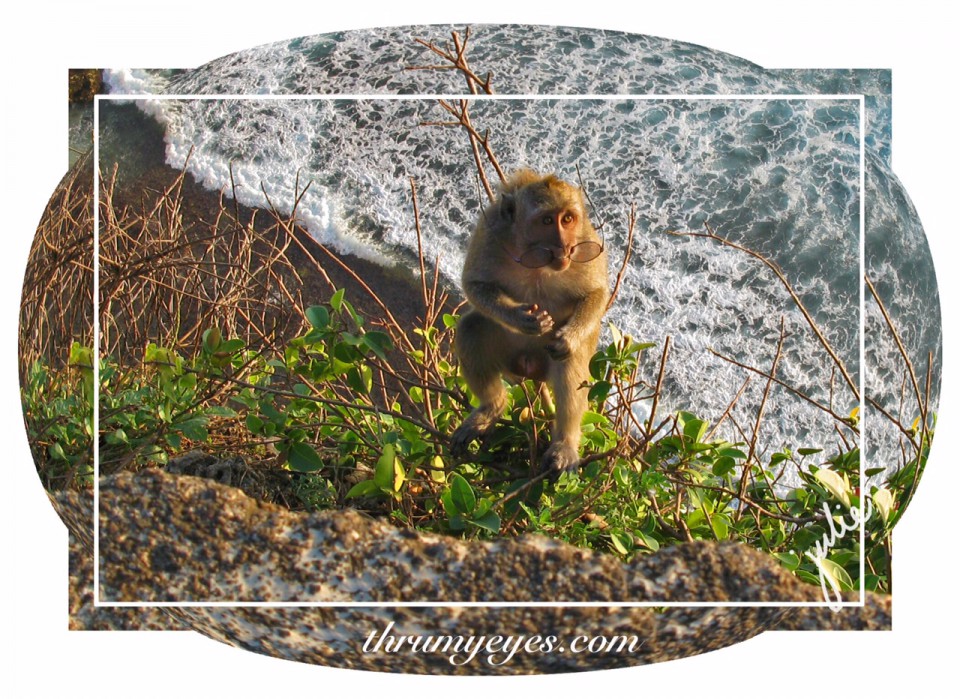 We had a fun time at the Monkey Temple, named because there are Monkeys everywhere.  We were warned that the monkeys  grab things, so to be careful!  Twice my glasses where taken right off my face by monkeys.  The second one grabbed them and took off down a cliff, then he just sat there looking at us with my glasses in his mouth!  What a stinker!  We paid a man to get my glasses, which he did by going over the barricade and enticing the monkey with apples and oranges, which worked.  At first the monkey took an apple and kept my glasses in his mouth, then when offered more fruit he took it with his other hand.  For the third piece he had to let go of my glasses.  The man was quick and grabbed my glasses before they fell down to the ocean below!  I had to wear my glasses the rest of the trip, but they were never the same with bite marks all over them!