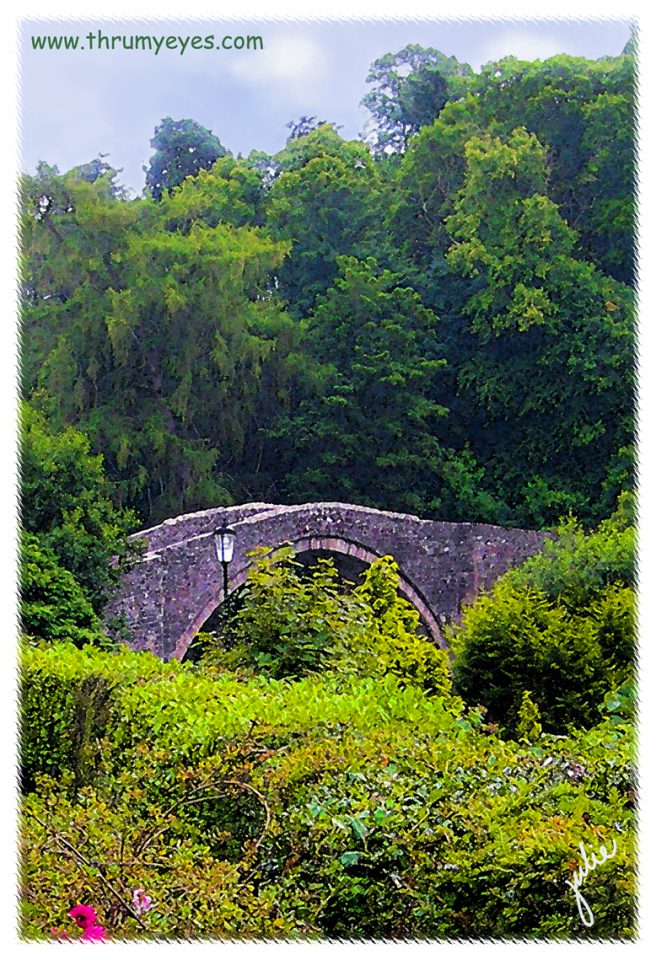 We took a bus tour of the British Isles from July-August of 2003.  It was wonderful!  We drove thru Scotland and saw some beautiful places, including this bridge where the movie Brigadoon got it’s idea for the bridge scene.  Brigadoon was going to be filmed in Scotland, but because the weather is so unpredictable they shot it in the US in a film studio.