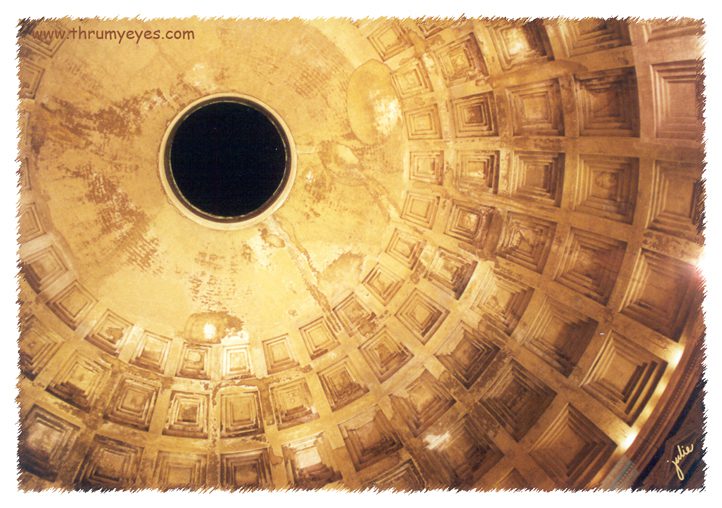 In this photo, of the ceiling of the Pantheon, you can see the circular hole which is 30 feet across.  Almost two thousand years after it was built, the Pantheon’s dome is still the world’s largest unreinforced concrete dome. 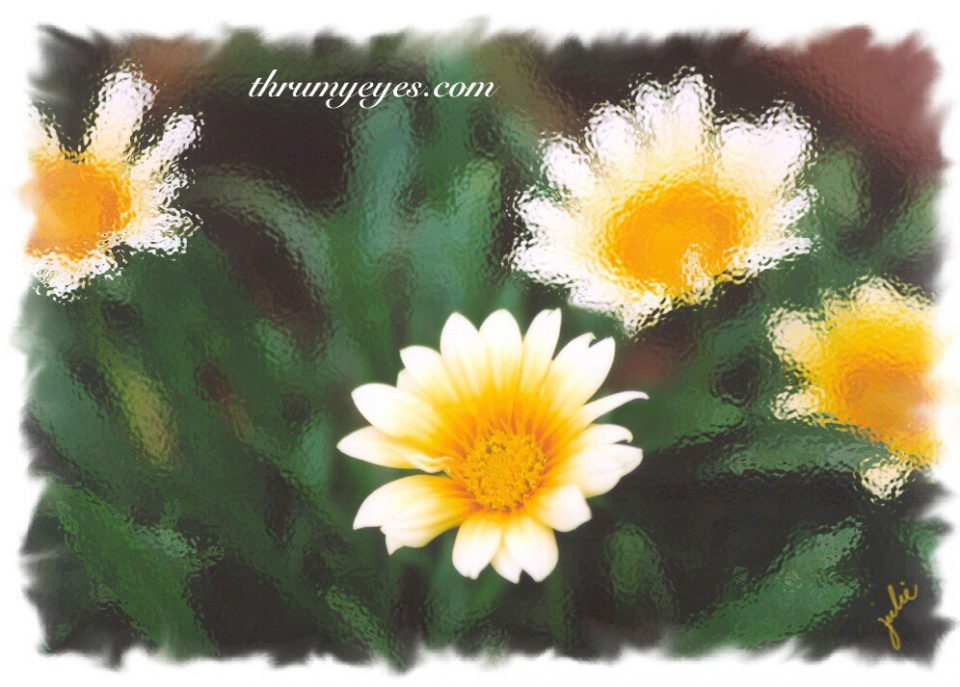 We visited a friends home and outside she had beautiful flowers, I had to take photos of them!

Photo taken with a Canon 20D 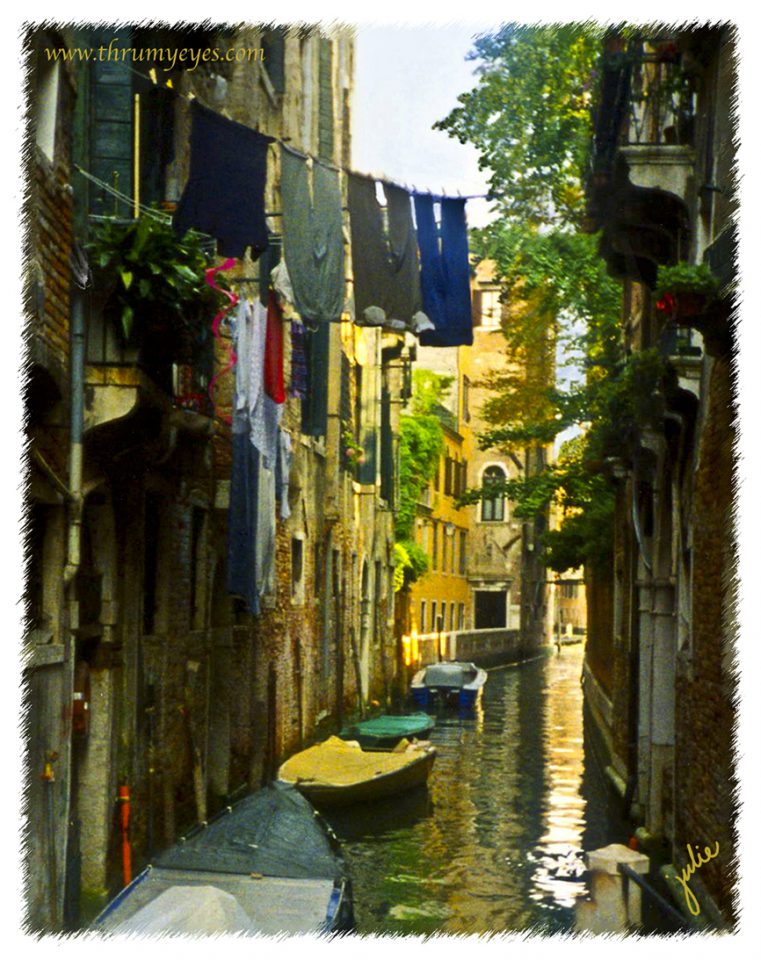 In 2002 we went to Venice, Italy.  It is such a wonderful place, I love the rivers, the boats and the unique things to see.  This ‘street’ is a perfect example of the unique  things to see! 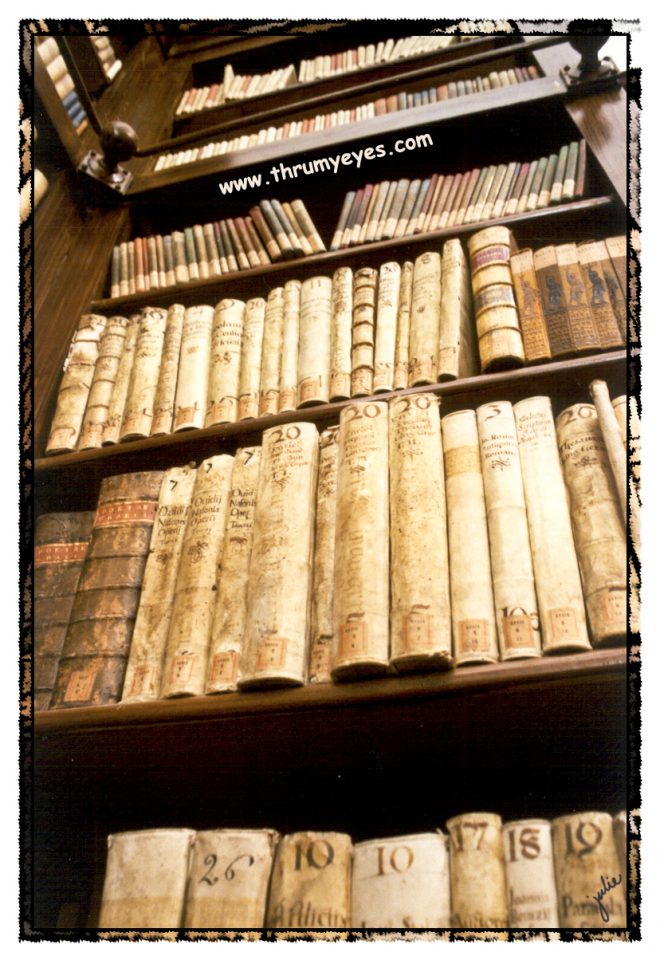 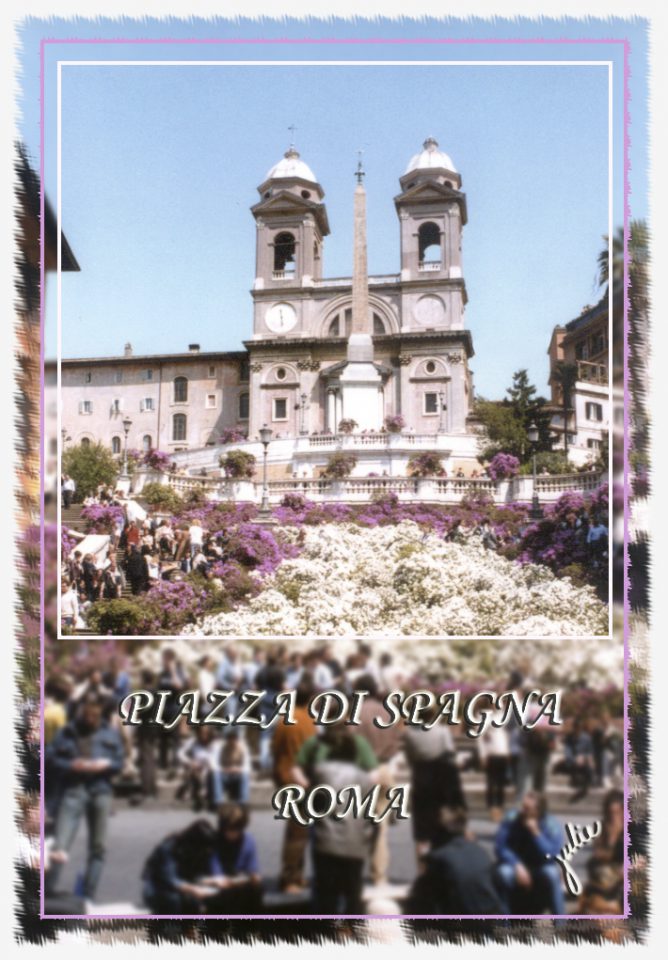 When visiting Rome the Spanish Steps are a must, particularly in Springtime when the steps are covered with beautiful flowers! 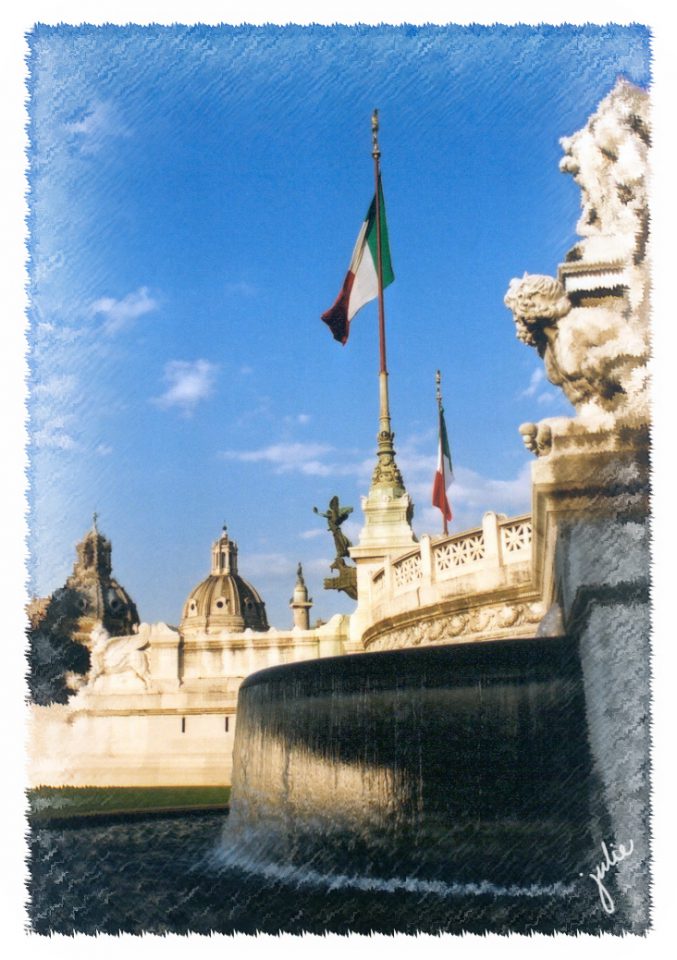 Piazza Venezia is a beautiful place to get some fun, unique photos!  It is also a very busy piazza full of people. By going to a corner I was able to get this photo people free.  I like the water coming off of the fountain and the Italian flags. 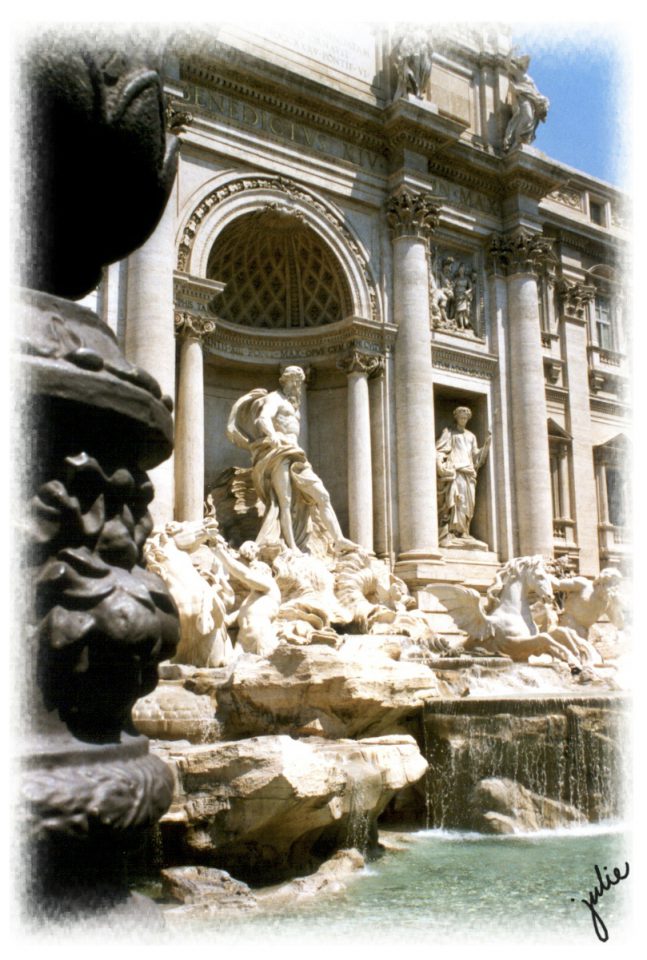 It’s hard to get a good photo of Trevi Fountain because there are so many people around it! Having said that, once I went there at 2 am and there were hardly any people there! 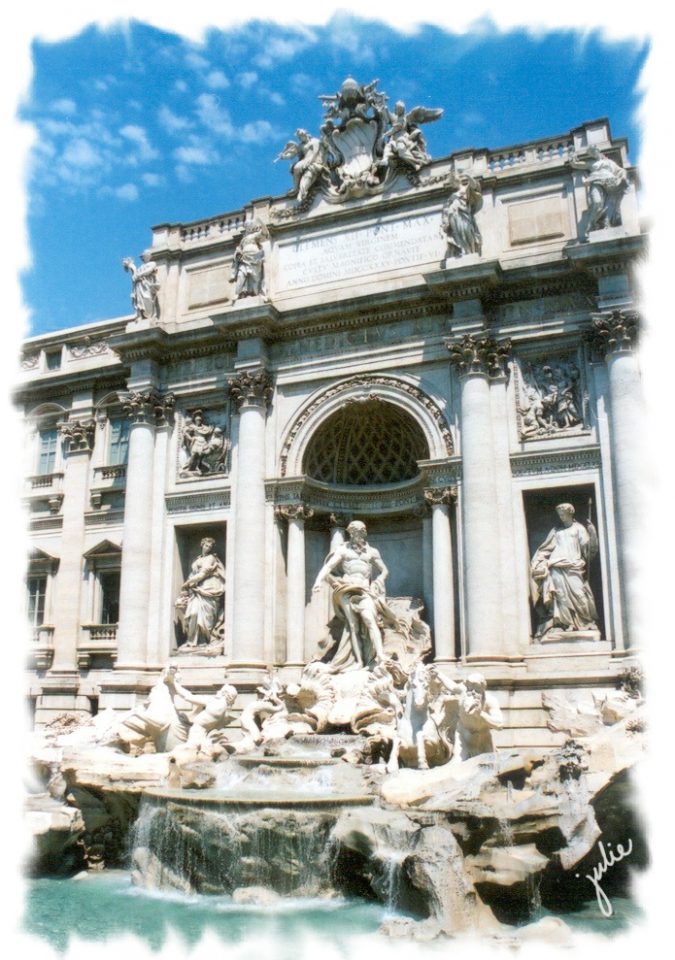 One of the most well known fountains in the world, Trevi Fountain, is also one of my favorites. Legend says if you throw a coin in the fountain you will return to Rome, so far it has worked for me! 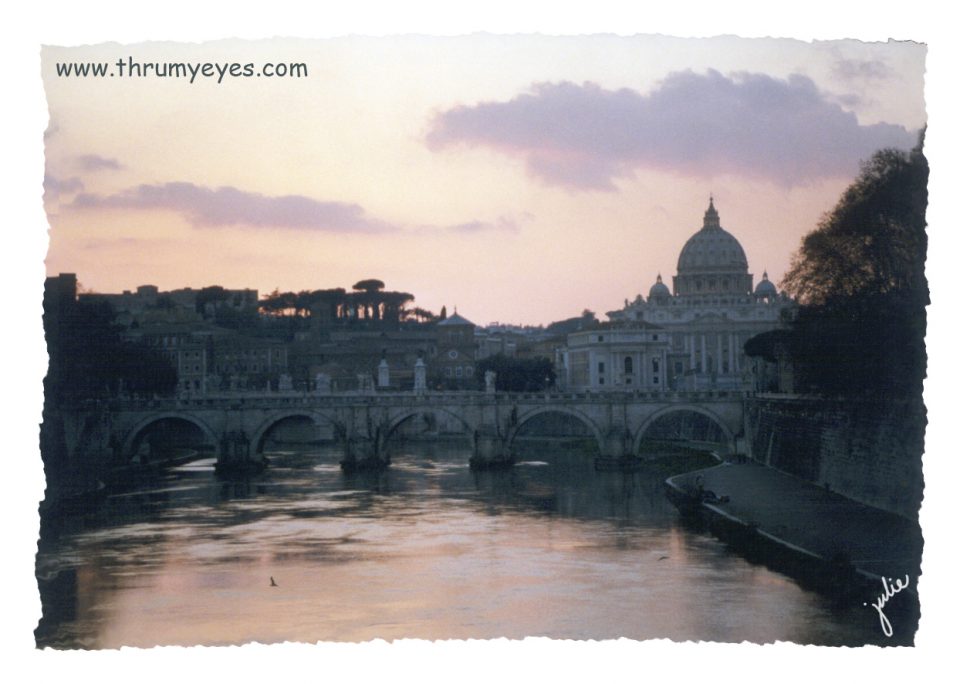 The Apostle Peter was crucified upside down, because he considered himself unworthy to die in the same manner as Jesus, in 64 AD.  Tradition says that it took place near an ancient Egyptian Obelisk in the Circus of Nero.  The obelisk now stands in St. Peter’s Square.  Catholic tradition holds that the Basilica was built on the burial site of Peter, now a Saint and for Catholics, their first Pope.  There have been many churches on this site, this newer one was completed in 1626. 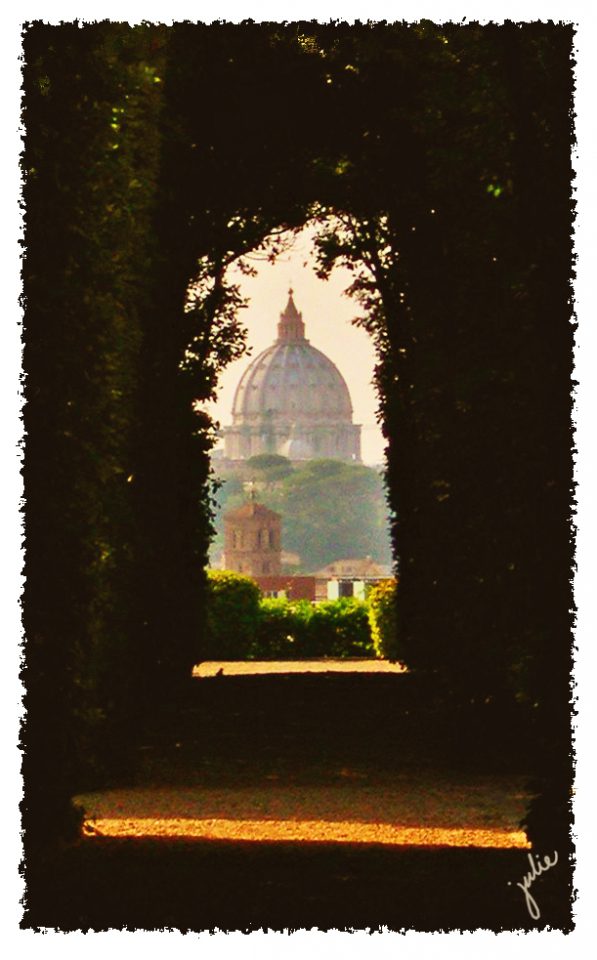 Here I am looking thru a famous keyhole.  The cool thing about this is that I am standing in Italy, looking at the gardens of the Republic of Malta (home of the Knight’s of Malta Ambassador) to Vatican City in the distance, three different countries all in one shot! 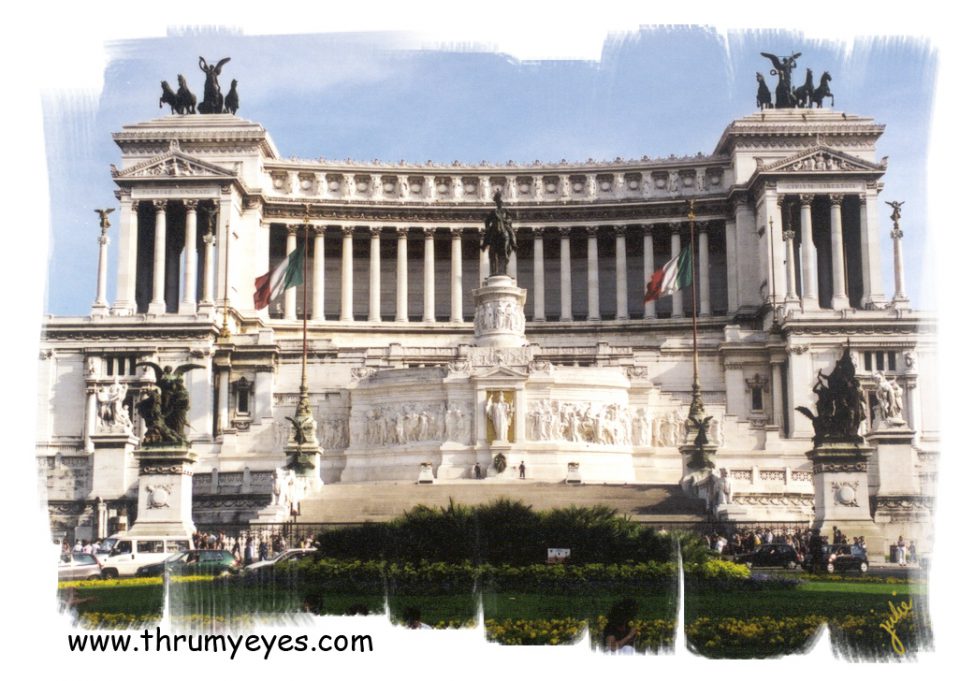 This large building in the heart of Rome was built in honor of Victor Emmanuel II, the first king of the unified Italy.  Made out of white marble is was completed in 1925.  It is affectionately called the Wedding Cake. 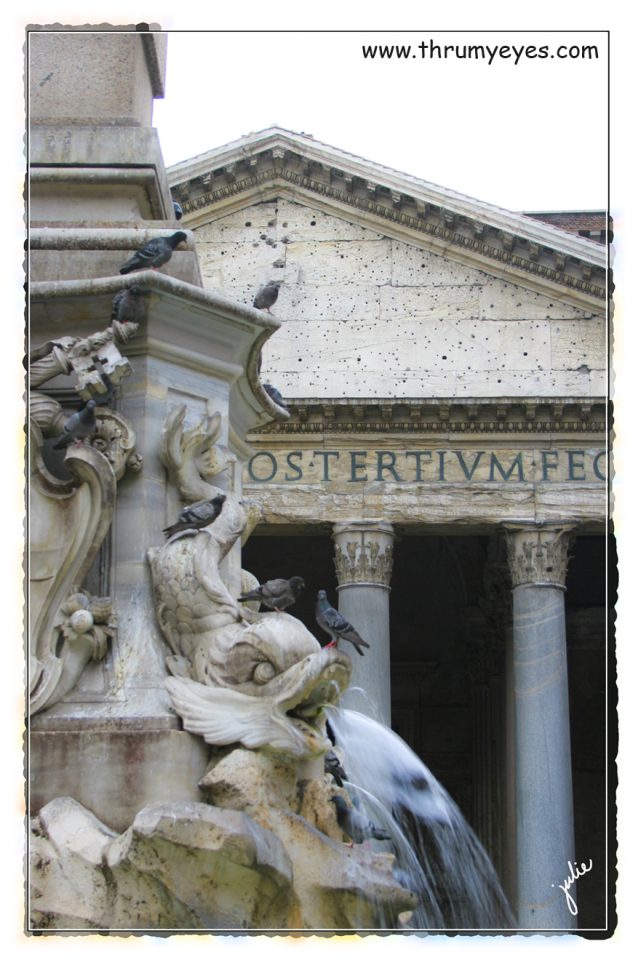 This photo is looking past a fountain that stands in front of the Pantheon, with the front of the Pantheon in the background.  The Pantheon is a very unique building and one of my favorites in Rome because there is nothing else like it!  It was originally built as a Greek Temple about 27 B.C. but the present building was built about 126 A.D. and is now a Catholic Church.  It is a circular building with a dome that has a circular opening that allows rain to fall to the floor below.  The floor slopes just enough so that drains along the wall can catch the running water.  I have been there during a rain storm and it is pretty interesting!  The engineering from nearly 2,000 years ago is awesome! 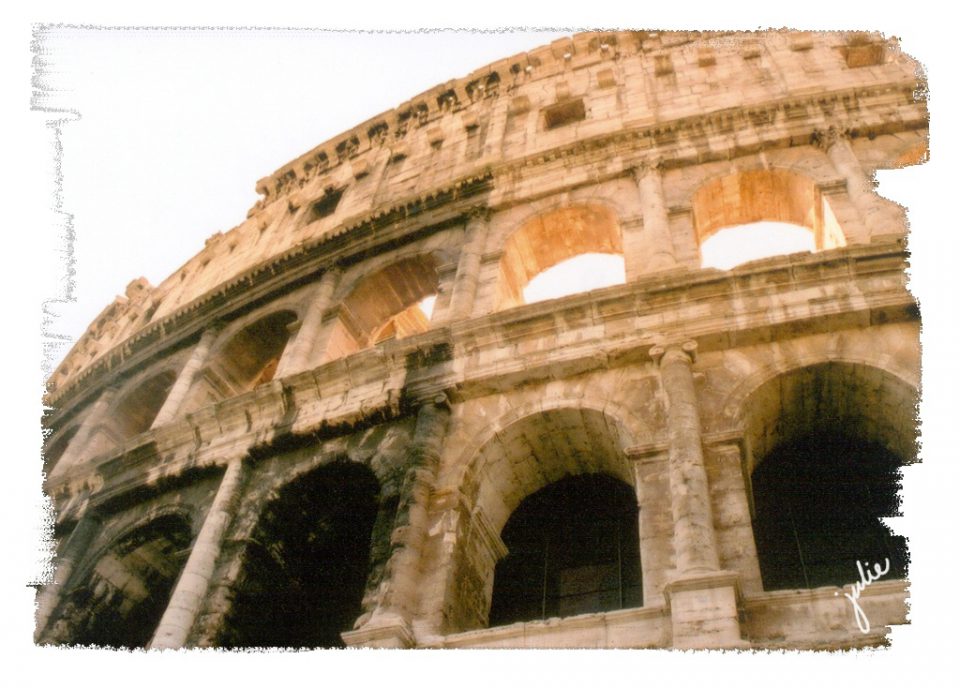 The Colosseum in Rome, also known as the Flavian Amphitheater, is the biggest amphitheater ever built.  In Italy it is known as Il Colosseo and was completed in 80 AD.  It could hold up to 80,000 people.