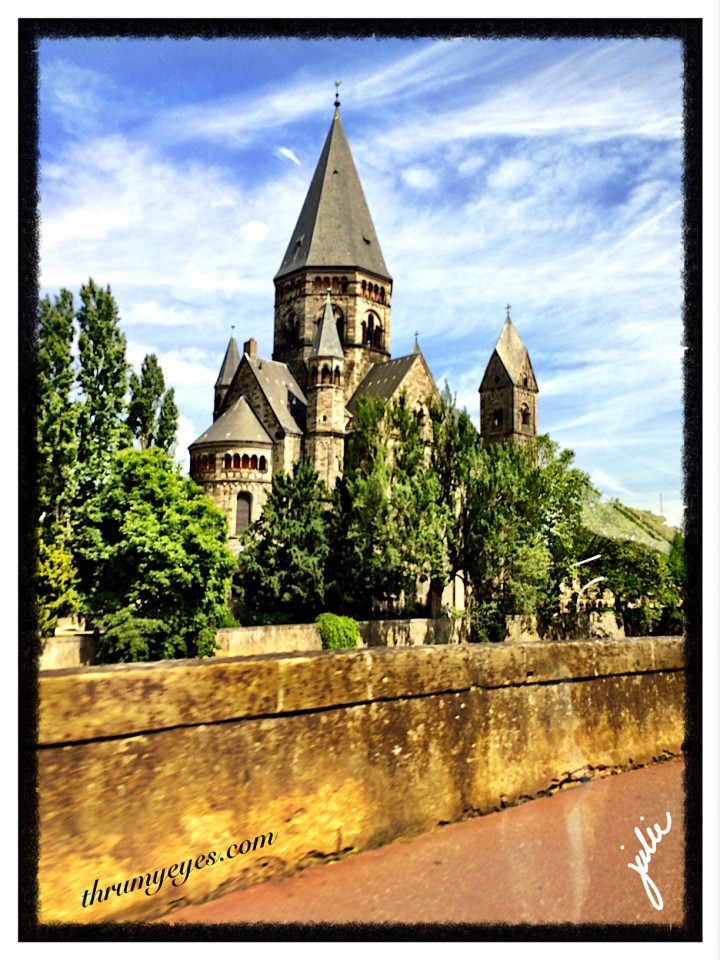 On the banks of the River Moselle sits the Protestant Temple of Metz.  I have tried to find out exactly what religion it is, but have been unable to do so.  I found that throughout Europe people refer to the Catholic Church or the Protestant Church, however, the Protestant Church is a combination of many churches, Lutheran, Baptist, Church of England, Episcopalian, Presbyterian, to name a few.  It was built in the 1800’s by the German’s. 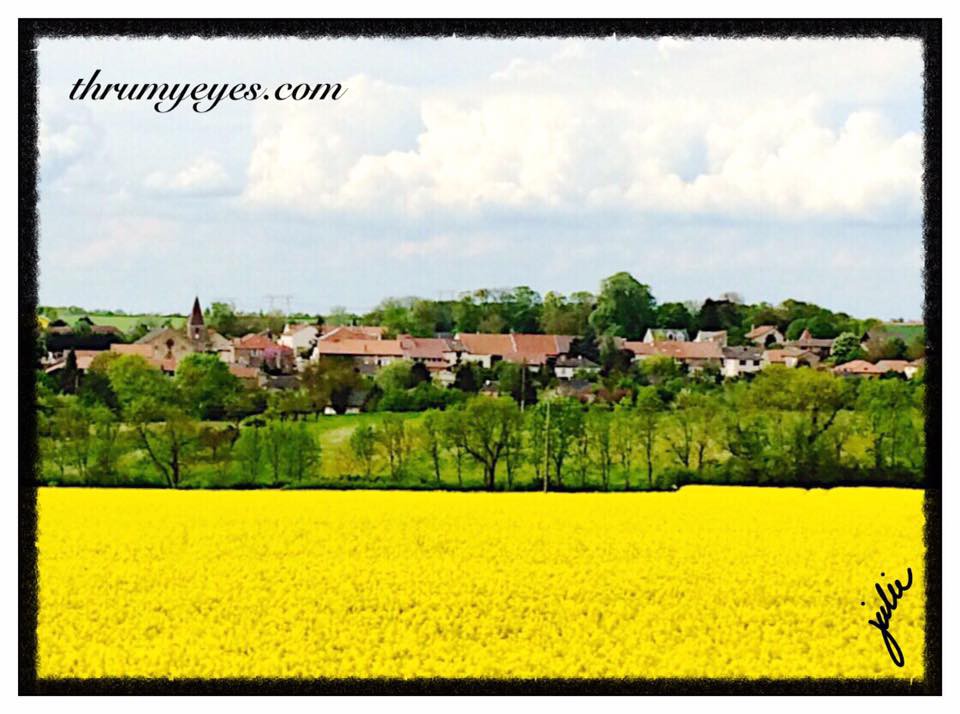 Throughout Switzerland and France, we passed these beautiful fields of yellow! We’ve been trying to figure out what the plants are and with the help of the Internet we have come to the conclusion that they are either Rape Seed Plants or Canola Seed Plants and the oil is used for either Vegetable Oil or Canola Oil. So, there you go! 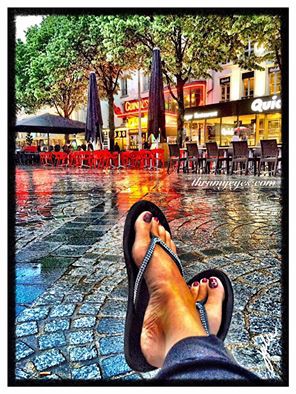 After a delicious French Dinner, we walked around Reims, only for a short time because it was raining and yes, I had my travel shoes on, my flipflops! 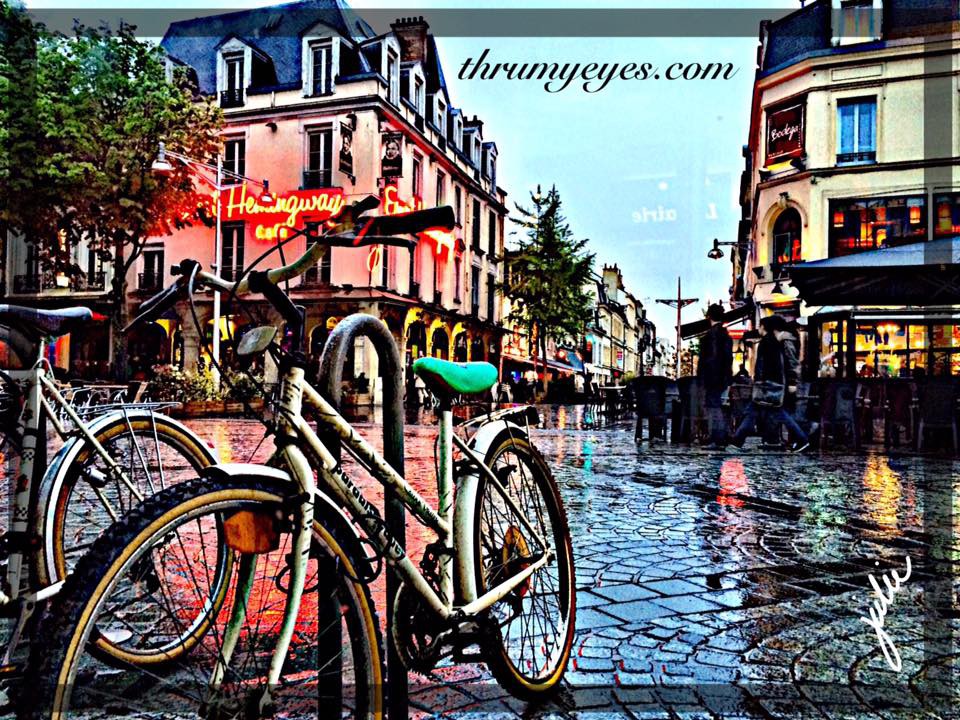 After a yummy French Dinner we walked back to our car, in the rain and I could resist this photo of bikes in beautiful Reims, France! 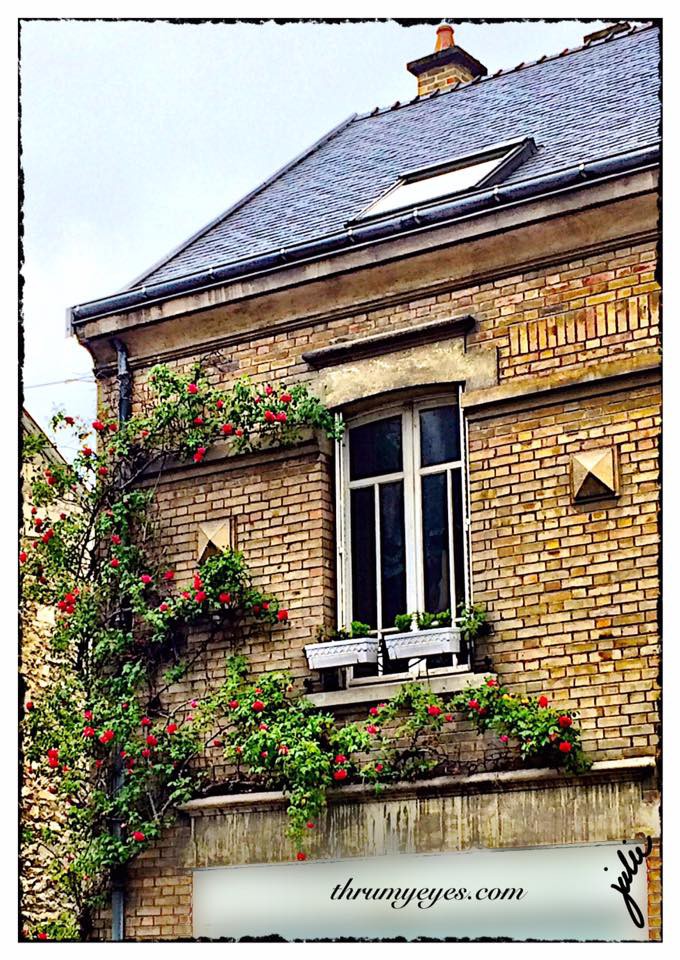 We drove over to the Cathedral of Notre-dame so I could take some photos of it before we left Reims. As I walked around the outside I saw these beautiful flowers, I think roses but, I can’t tell for sure, growing on this house, GORGEOUS! 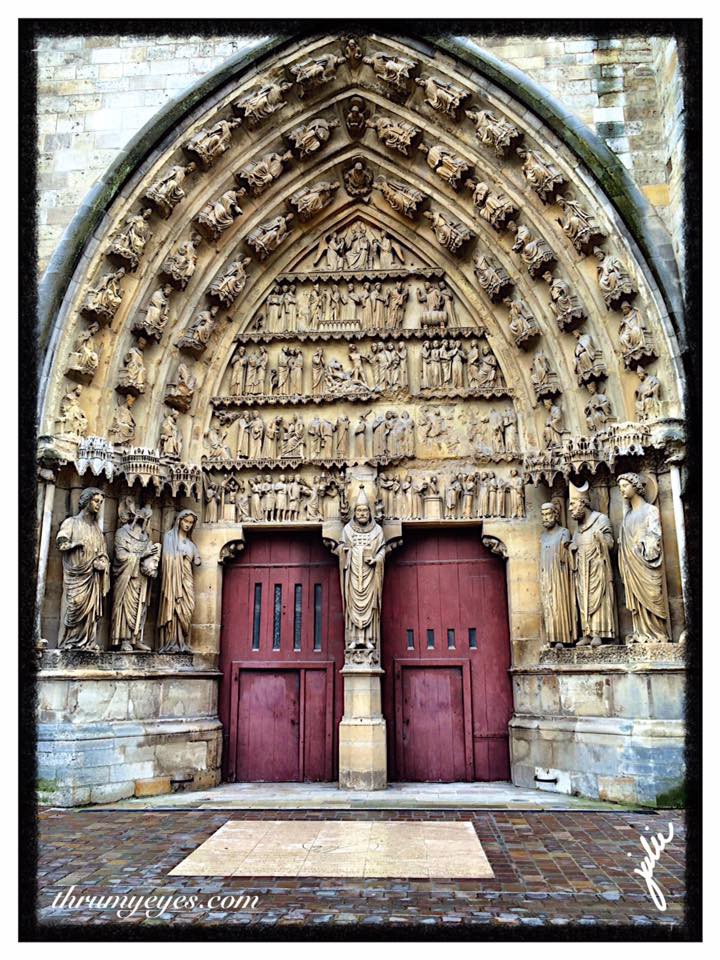 I enjoyed walking around this gorgeous Cathedral. They are cleaning it, so there is a lot of scaffolding. Some parts of it are so clean and others very black! I loved this door!